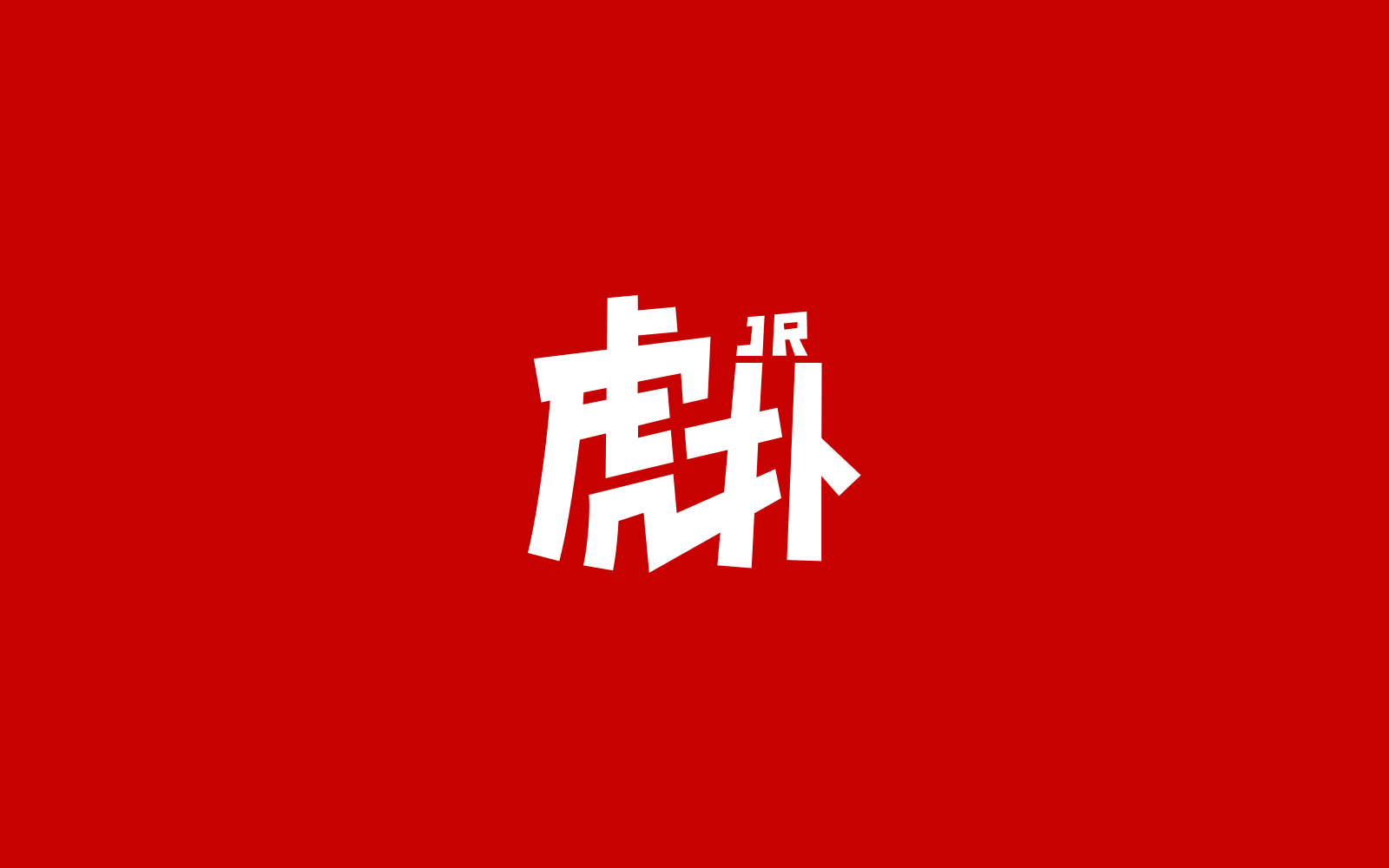 Hupu News on October 14 "This is football warms my life, this is the touch that football brings to me, this is football that supports my dream..." This afternoon, the Chinese Women's Football official Weibo published several articles "Chasing" The composition written by "Wind Girl" touched many netizens. 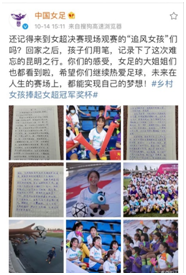 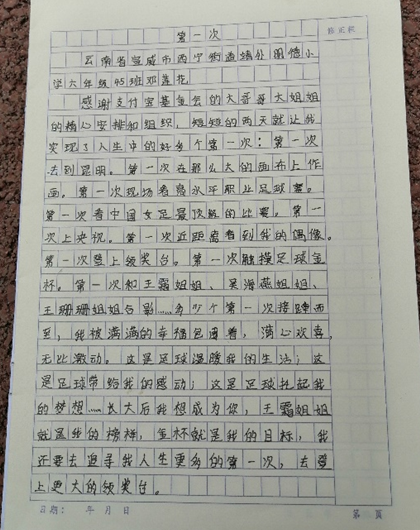 One of the authors of the article is Deng Lianhua, a sixth-grade student of Jingwai Mingde Primary School in Xuanwei, Yunnan, who is also a member of the school's women's football team. On October 11th, Deng Lianhua and her 11 other teammates were invited by Alipay Charity Foundation and the Chinese Football Association to visit the Kunming Haigeng base to watch the final finals of the Women's Super League Wuhan and Jiangsu. This group of "chursing girls" not only brought huge TIFOs to cheer for the players on both sides in the stands, but also walked into the venue after the game, walked onto the championship podium, and took photos with the Wuhan team that won the championship. Deng Lianhua was the luckiest child, because Wang Shuang handed the championship trophy into her hands. A country girl ranked the highest honor in the Women's Super League! 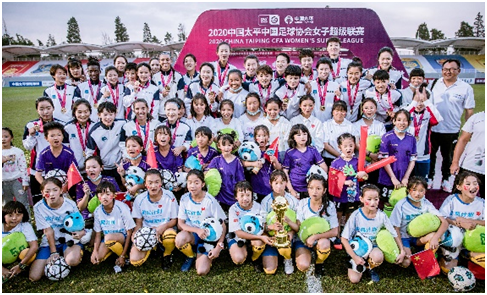 "This experience is too special for the children!" said Gu Peiying, a football teacher at Jingwai Mingde Elementary School. He also serves as a language teacher at the school, so he naturally gave 12 children an "viewing impression". "composition. "Deng Lianhua's family conditions are particularly difficult, and he used to have a low self-esteem. But after joining the football team, he became more cheerful and confident." Teacher Gu said.

Captain Li Fenglan also wrote in the composition: "The most exciting thing is to take a photo with Sister Wang Shuang. The happiness came so suddenly, she even signed me... Thank you Sister Wang Shuang, I must be like when I grow up. A female football hero like you, brought the Golden Cup back to my hometown."

After seeing the children's composition, Wang Shuang also replied to the girls on his personal Weibo, hoping to live up to the children's love, and that more girls can fall in love with football and chase the wind with her!

The Alipay Charity Foundation has launched the "Wind Chasing Program" in July last year to support the development of women's football on campus in remote areas. In addition to funding and support in terms of funds, equipment, coaching training, etc., we are also committed to creating more games and exchange opportunities, so that more girls can fall in love with football, go out of the countryside through football, broaden their horizons, and gain more life possibilities.